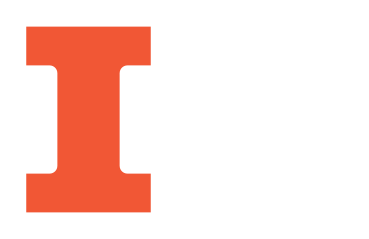 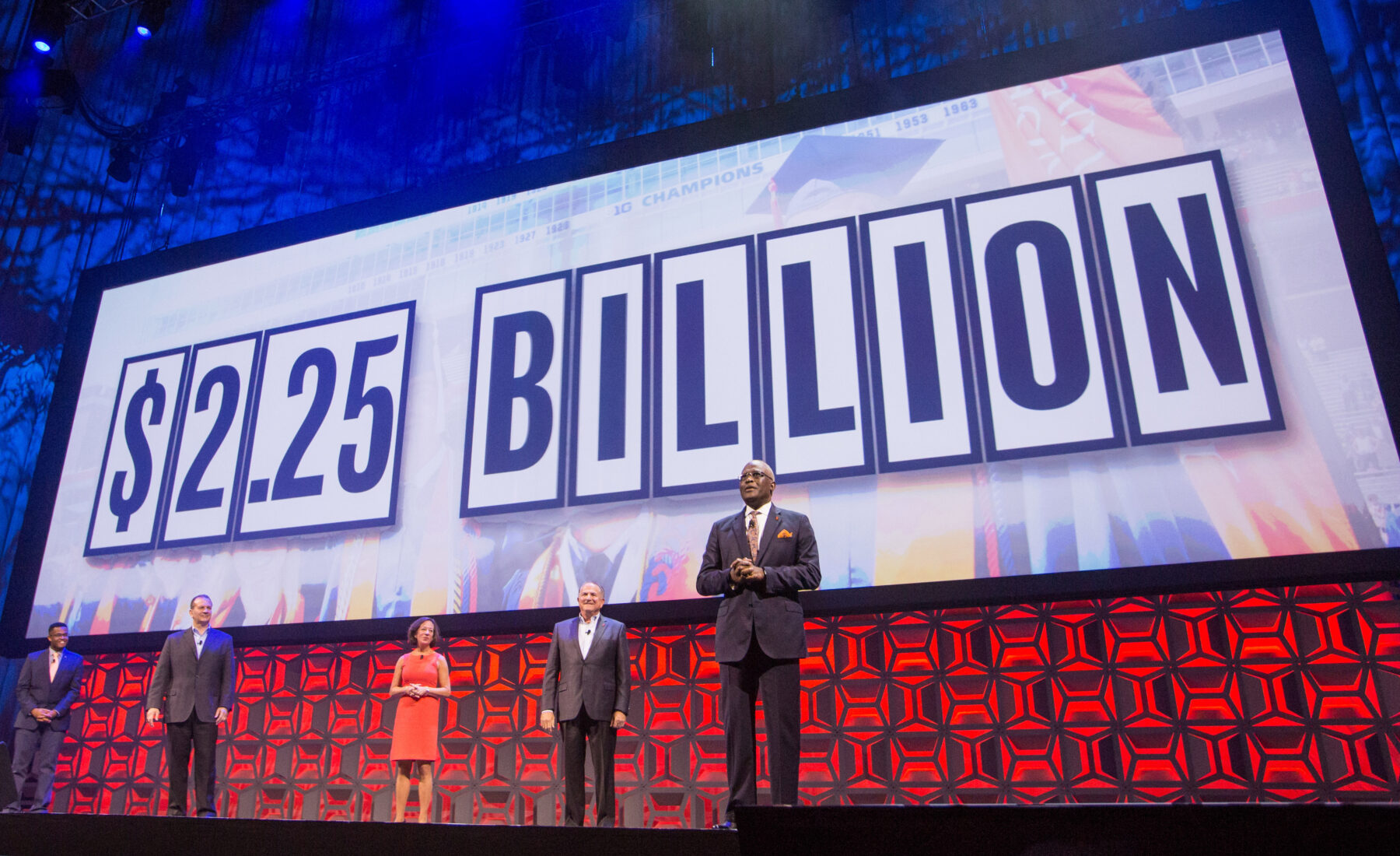 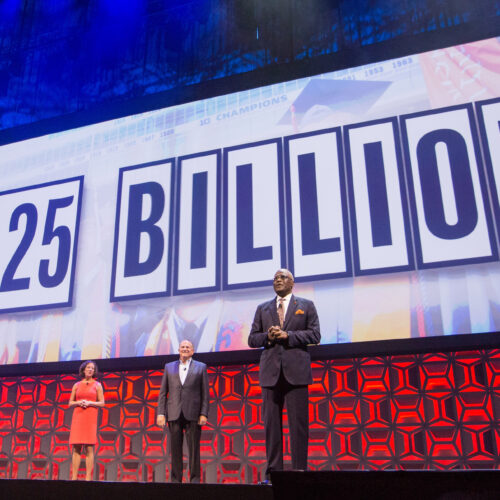 At a star-studded, orange and blue event in October of 2017, the University of Illinois Urbana-Champaign publicly launched With Illinois, an ambitious $2.25 billion philanthropic campaign—the largest in the school’s history. Today, Illinois is thrilled to announce that this bold campaign has surpassed this lofty fundraising target, a full year ahead of schedule.

As of March 1, 2021, the campaign has recorded $2.268 billion in gifts and commitments. Reaching this milestone is certainly cause for celebration, but officials say the campaign is far from finished.

The University plans to continue With Illinois into 2022 to further support the 21st-century vision of the land-grant institution.

From named colleges to COVID-relief funds, the success of the campaign is wide in scope and can be attributed to nearly 730,000 gifts of all sizes from over 158,000 donors. Of these gifts, one-third of the total raised to date is comprised of deferred gifts or multi-year pledges which will be fulfilled over the coming years. Moreover, nearly all (approximately 95 percent) of the University’s documented gifts and commitments are restricted by the donor either to a particular college or unit and, more specifically, allocated by gift agreement towards a defined initiative and cannot be used for an alternative purpose. The outstanding support for Illinois has been seen in all corners of the campus. Eight individual colleges and units have reached or surpassed their unique goals and another seven are at least 75 percent of the way toward completion.

“As a trustee and donor, I am proud of the With Illinois campaign’s success, and deeply grateful to our supporters for their generosity and to our advancement team for its hard work,” said Board of Trustees Chairman Don Edwards, an Illinois alumnus whose gifts include a $10 million donation with his wife, Anne, that is the largest ever by a U. of I. trustee. “This historic campaign will reap benefits for the university and its students for generations to come.”

“Throughout the entire university, donors to the With Illinois campaign have generously provided critical philanthropic funds to create the necessary margin of excellence a university like Illinois demands.  We thank them profusely for their unwavering and continued investment in the University.” said Barry Benson, vice chancellor for institutional advancement.

Fundraising efforts will continue and in addition to the respective priorities within each of the colleges and units, the University remains resolute in its commitment to secure additional private resources towards student scholarships, faculty and staff support, capital projects, and the other life-changing programmatic initiatives underway at Illinois like the Carle Illinois College of Medicine.